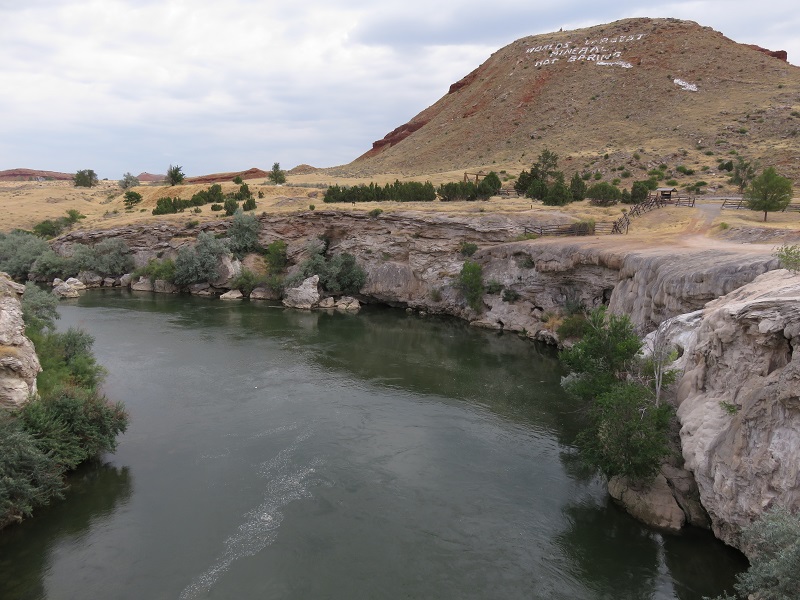 I was in Thermopolis, Wyoming from August 17th to the 18th, 2016. Thermopolis is fairly well known for its natural mineral pools and hot springs, and claims to have the world’s largest mineral hot springs.

After I left the Fountain of Youth, I headed to the Wyoming Dinosaur Center in Thermopolis. Now, I had been to three Dinosaur museums before this one on this trip, so this made number four, and this was by far the best one I had ever been to. I didn’t even know that Thermopolis had a dinosaur museum before I arrived. But it had some very rare fossils and skeletons, and the walk through the exhibits was going forward in time, so it started with the beginning of life, the mosses and algaes, then went into the evolution of marine life, then into early mammals and dinosaurs and so on. The largest, and most impressive dinosaur caste skeleton that was on display was a Sauropod that was around 120 feet long, only one of two specimens ever found in the world and yeah I think was the largest dinosaur species ever to have been discovered. It was very cool.

So the next morning I headed to the Wyoming State Bath House in the Hot Springs State Park. This hot springs experience was fine, but had a time limit of 20 minutes in the pool. So I hung out there for that time, then walked around the state park for a bit then I left, heading south towards Sinks Canyon State Park, but I needed to drive through Shoshone Canyon and the Wind River Native American Reservation first, which was a cool drive. 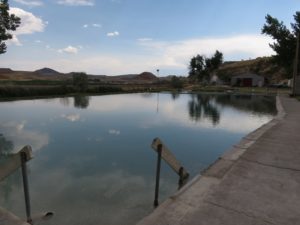 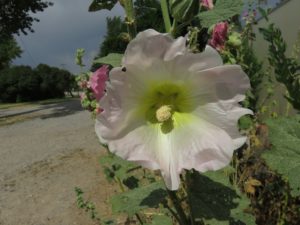 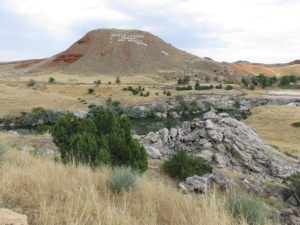 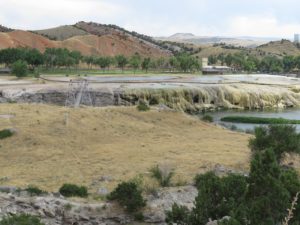 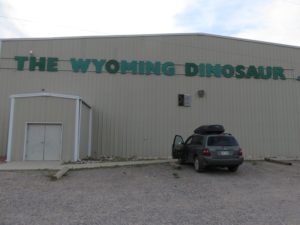 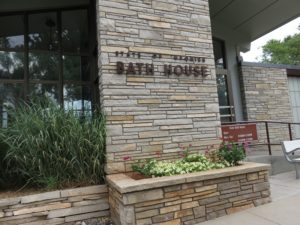 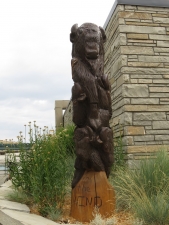 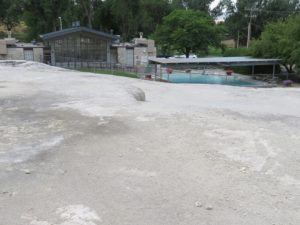 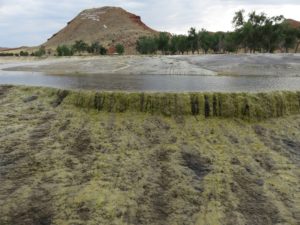 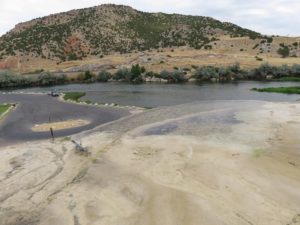 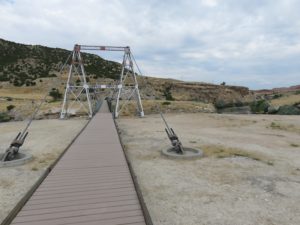 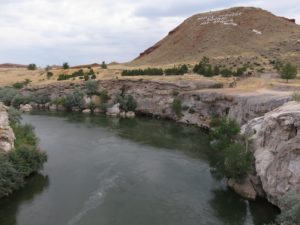 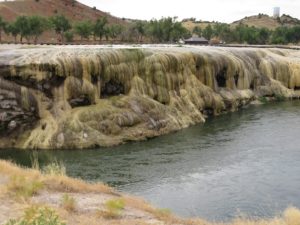 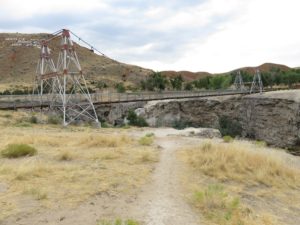 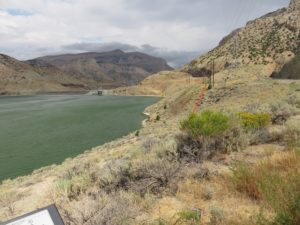