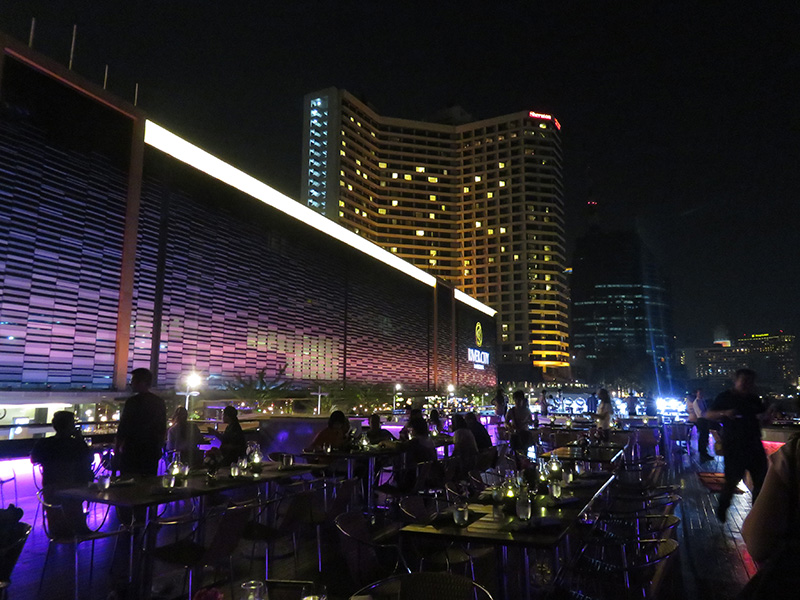 After we visited Siam Paragon, my parents and I met up with my Uncle Danai, Aunt Alisa, my cousin Earth and my sister Andrea. We then all went onto this nice Dinner Cruise that went along the river that cuts through Bangkok. It was a nice short 2 hour cruise.

This was also the day in which it was officially announced that King Bhumibol Adulyadej, or King Rama IX passed away after being in reign for 70 years. It was a very sad day for Thailand, and the entire world. So on the cruise, they showed the televised announcement. All the entertainment from that night onward was to be suspended for a month during the initial mourning period for the king. So we saw one performance on the cruise, but there may have been more that were cancelled due to the king’s passing.

But anyway, it was nice. The food was pretty good, and being a buffet we got to try lots of different things. It was also fun to go to the upper deck to the outside in order to watch the cruise ship pass by Bangkok at night. We passed many large buildings and temples, most of which were hard to photograph but I did my best. 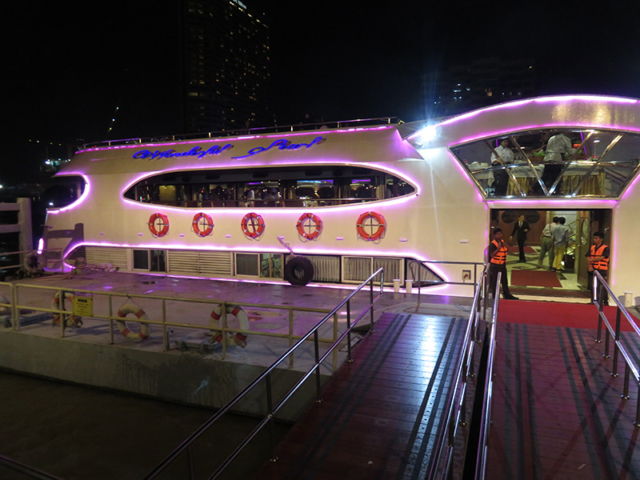 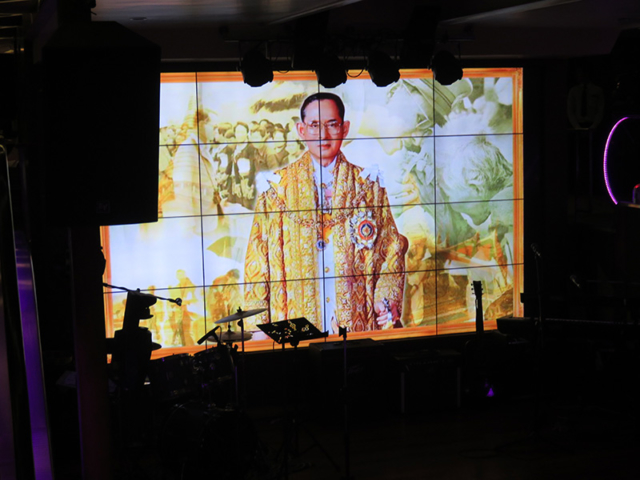 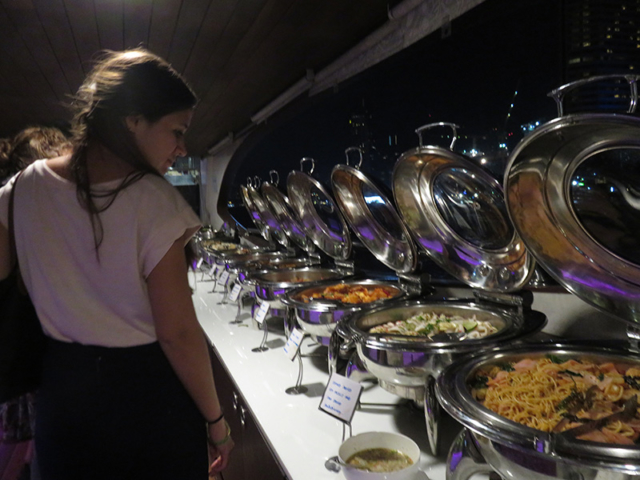 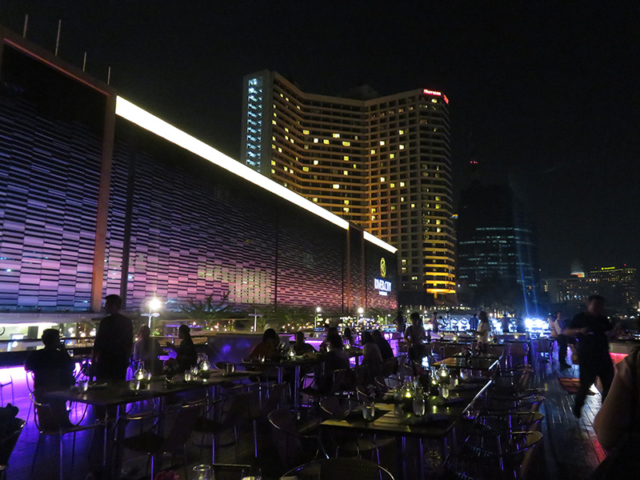 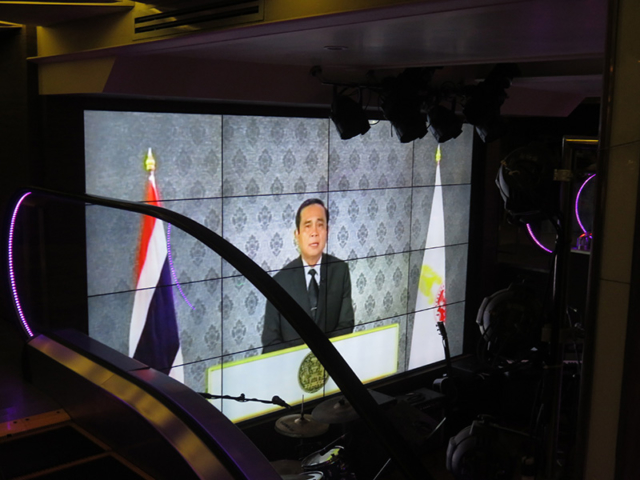 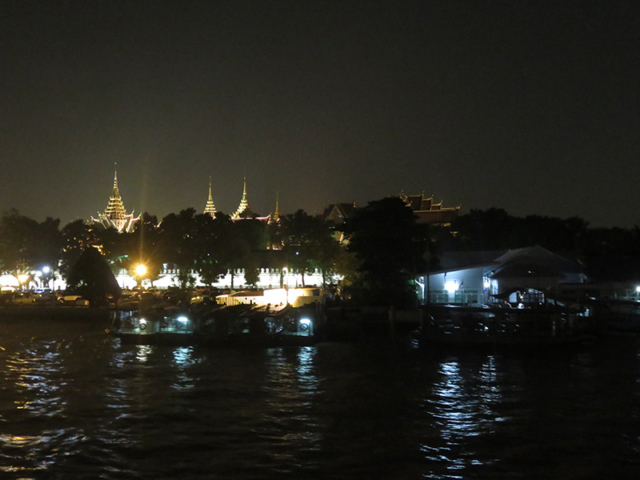 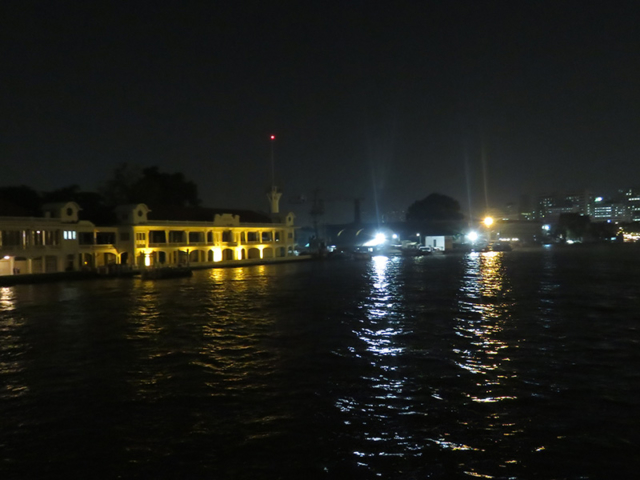 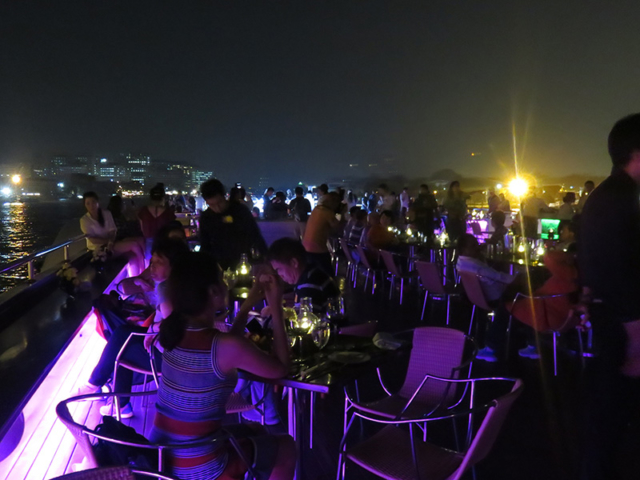 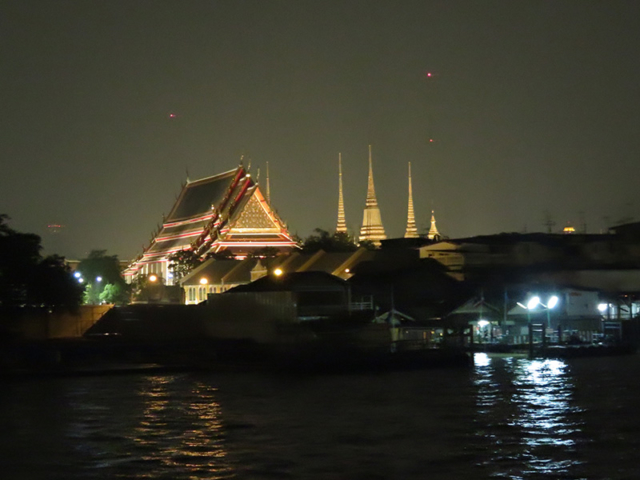 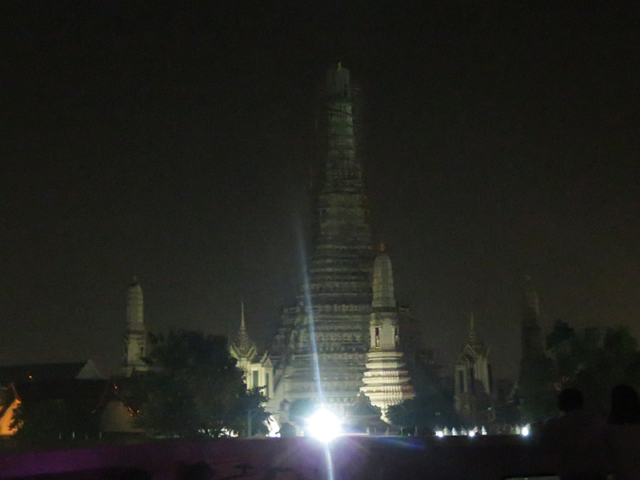 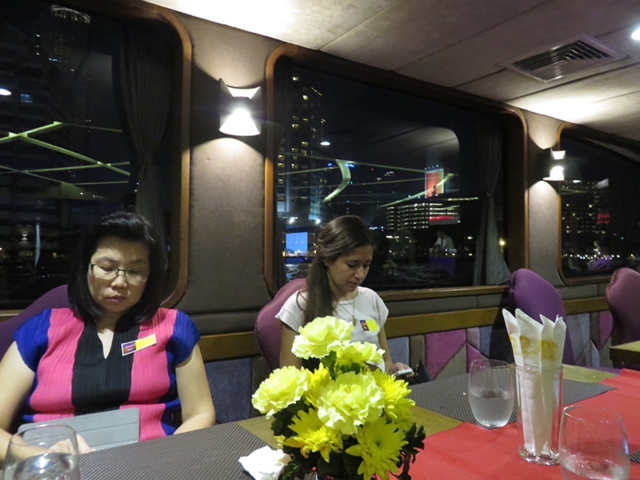 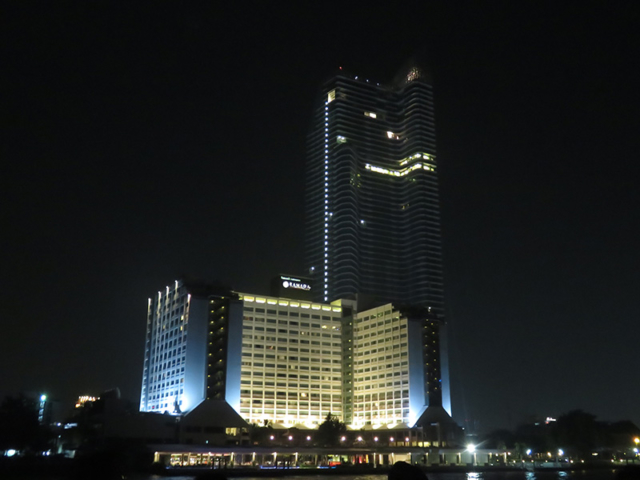 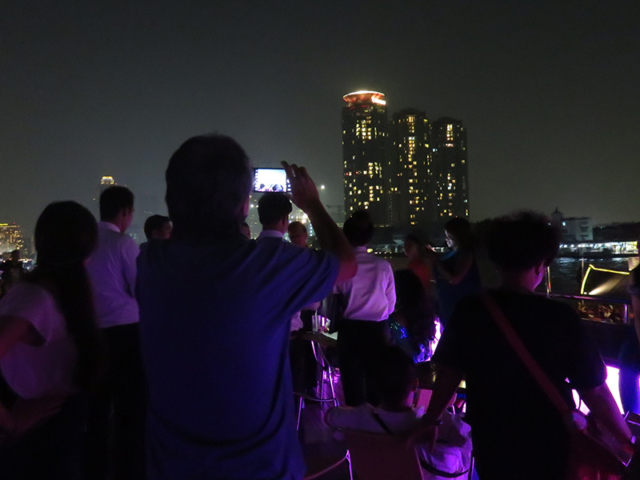 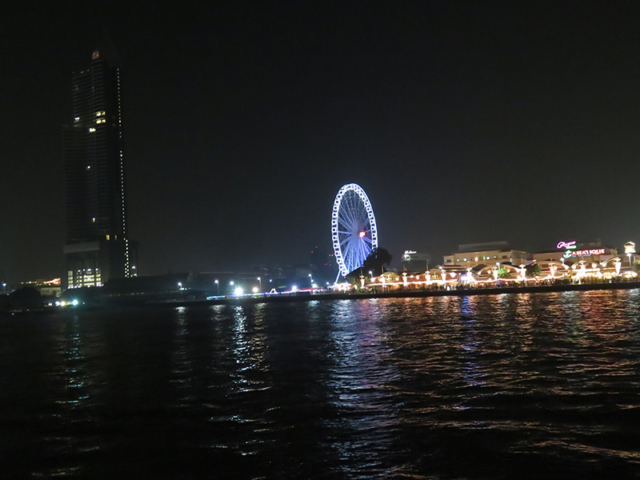 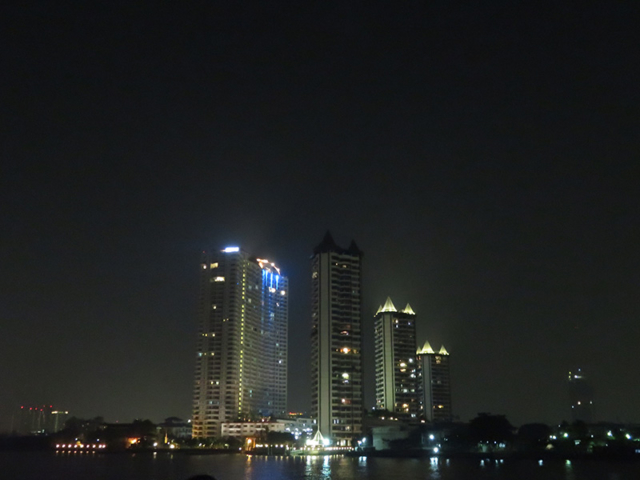 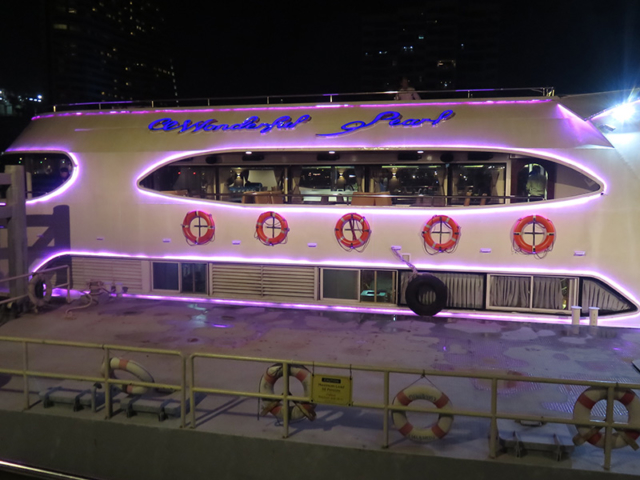 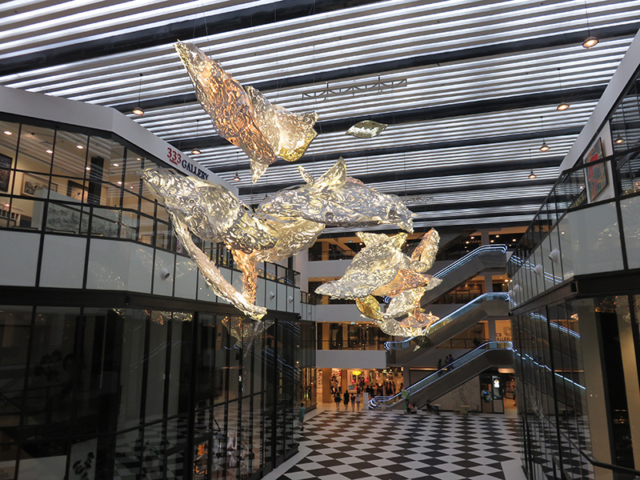