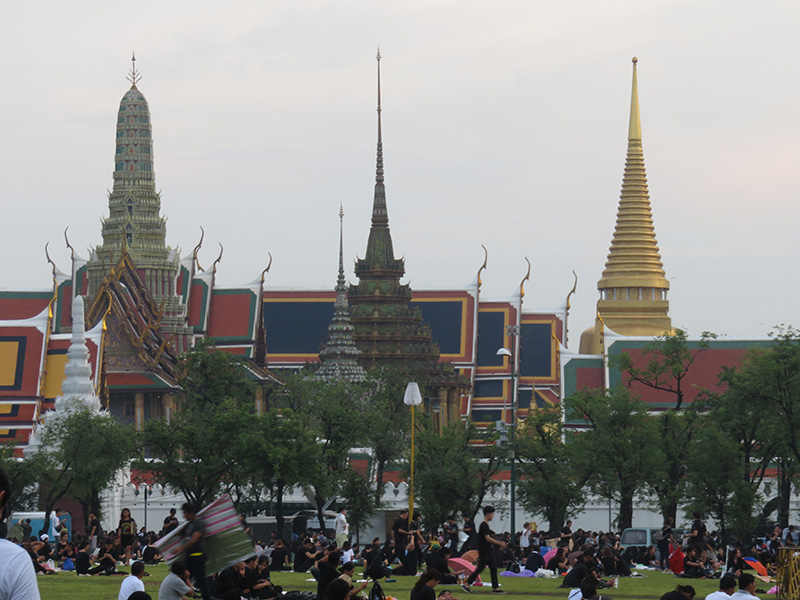 I visited the Grand Palace in Bangkok, Thailand on October 16th with my sister Andrea. The King’s passing had been announced for just about three days now, and we were at the Grand Palace for the first day of a big funeral event, in which the Thai Police were letting in hundreds of people at a time to mourn the king. They were also able to sign a big book in which they could say what they wanted to about their King. It was a great experience, very interesting to see the different customs in a place that has a monarchy. Whenever a car passed by that was a government official, everyone on the sidewalks would kneel down as they passed. There were vendors giving away free food, free water, free chips and snacks and candy… just about anything that anyone could want. They did this to help support the people that were in line waiting to go into the Grand Palace, as there was a huge line. For the people that were there all day, it was cool to see that they were being provided free meals. It was just a humbling experience, to see this big community of mourners helping each other out. Even through the on and off rain, everyone just wanted to help each other out.

At one point, Andrea and I even got interviewed. They asked us where we came from and what we knew about their king, and why we were participating in the event that day. I don’t really remember what I said, but it was interesting to have gotten interviewed. Near sunset, giant screens were being set up on the lawn outside of the Palace, and Andrea and I watched as they showed the funeral procession again, so as the King’s body left the Hospital to be transported to the Grand Palace. There was also a moving rendition of the King’s Song.

As we left the Grand Palace that evening, we were able to see it all lit up in the dusk. Getting a taxi and going through that heavy traffic was crazy, as there were thousands of people trying to make their way home from there it seemed like. We had to sit in one spot for like 15-20 minutes before we could really even move, but then we were on our way.

Overall, being in Thailand to witness the King’s passing was a truly interesting time and humbling experience. It’s good to see that people in this world still respect their leaders with their utmost sincerity and love. If only the rest of the world could respect each other so much. 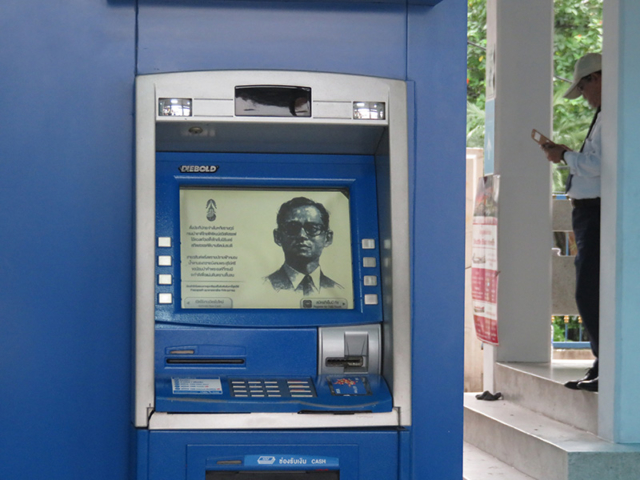 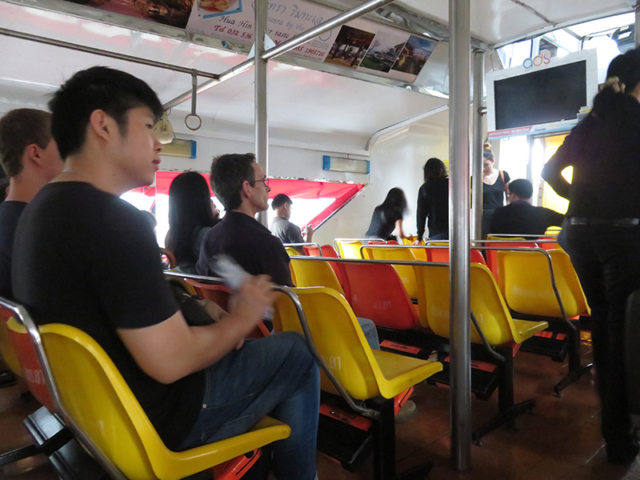 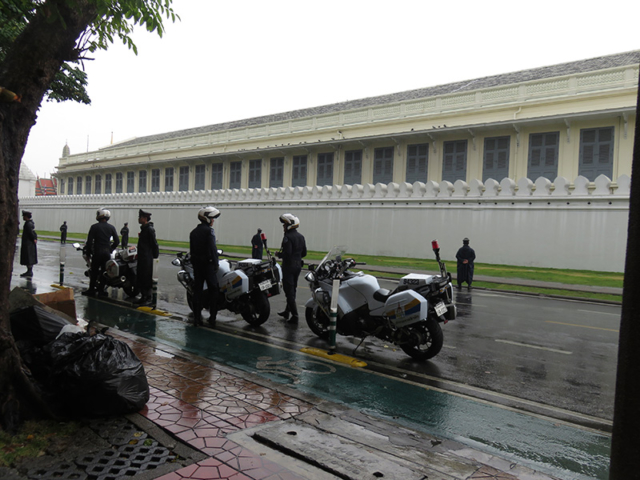 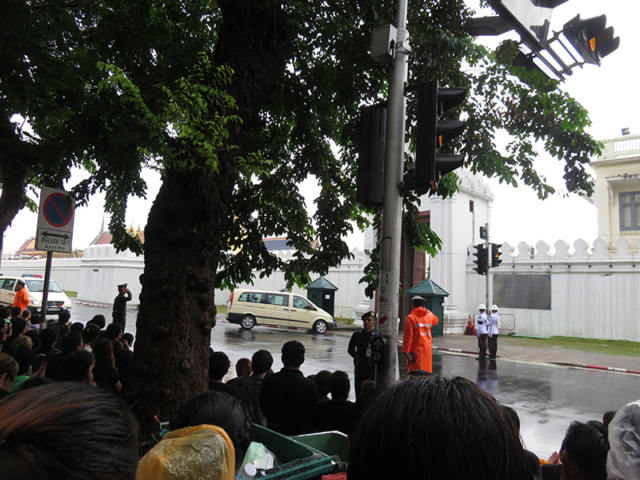 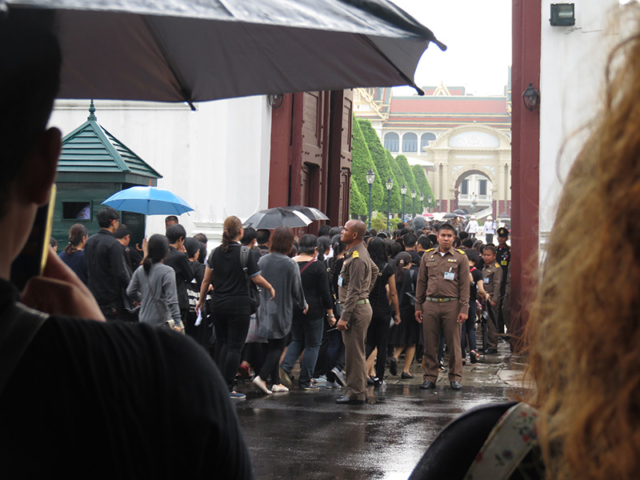 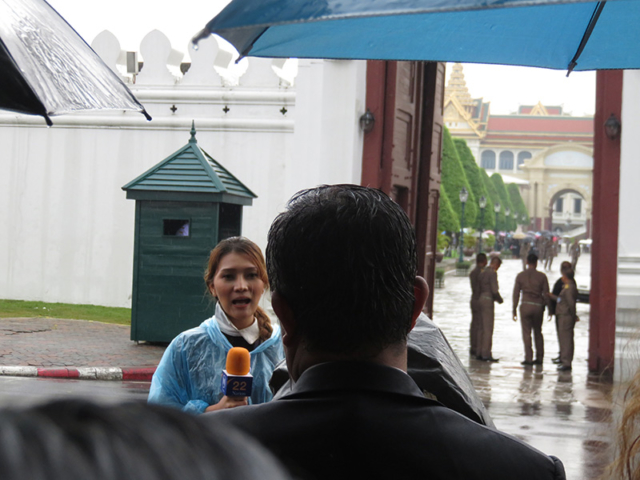 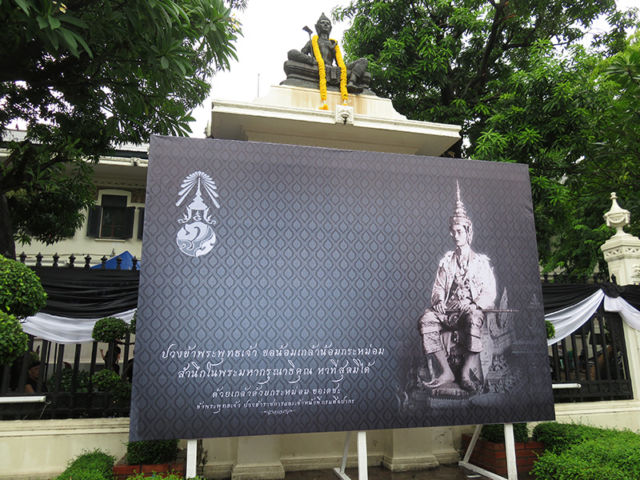 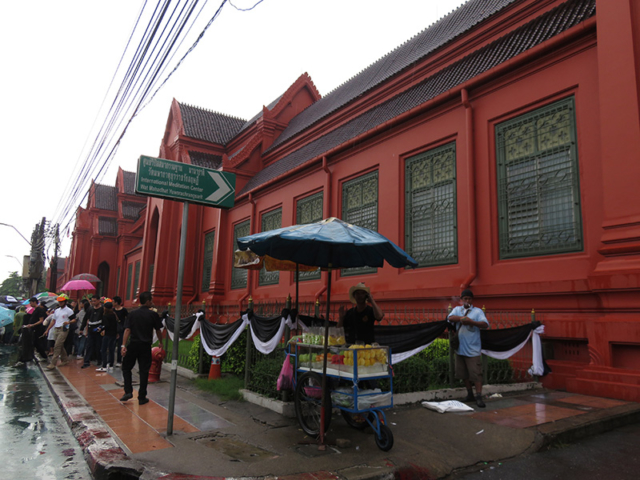 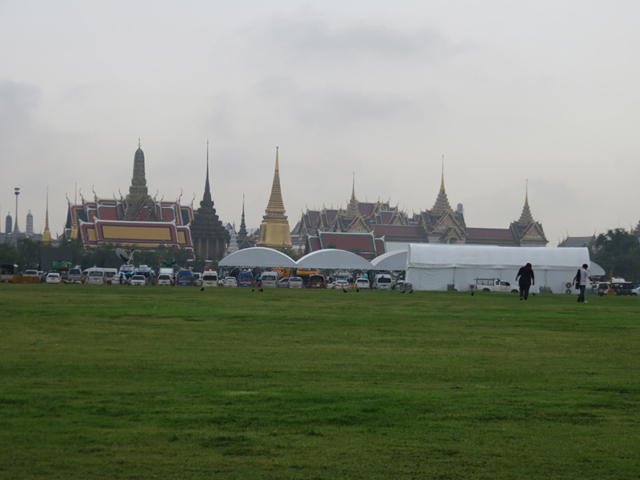 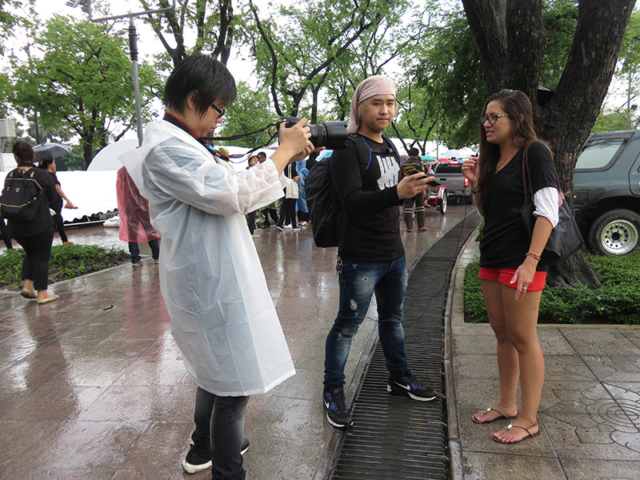 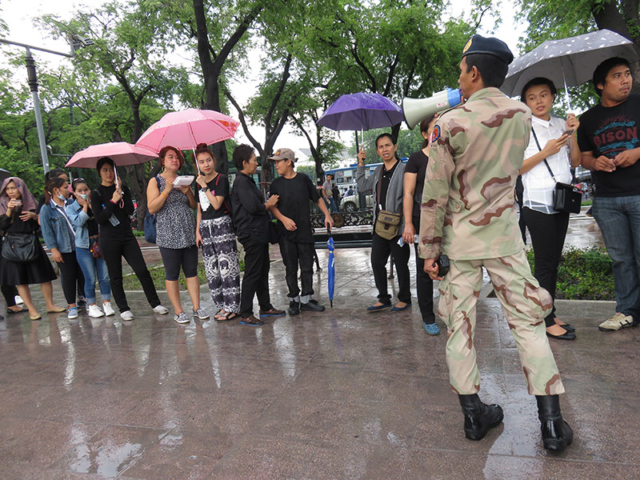 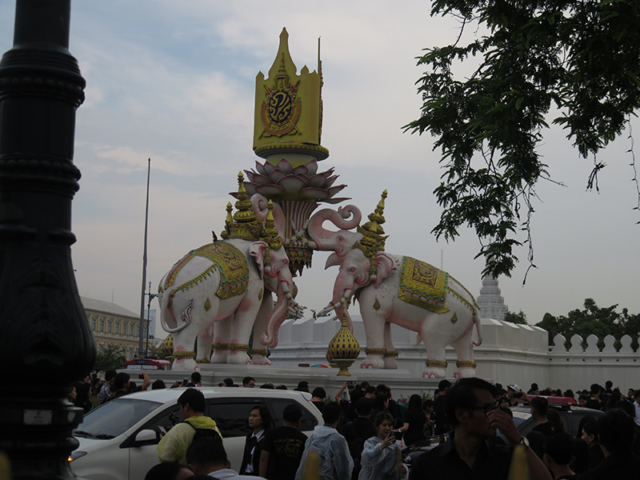 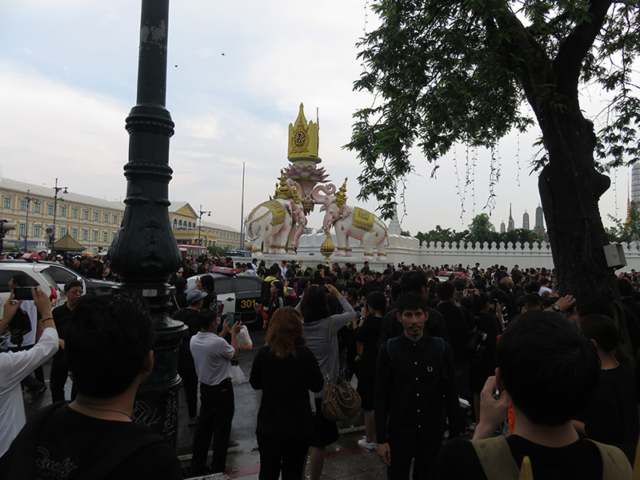 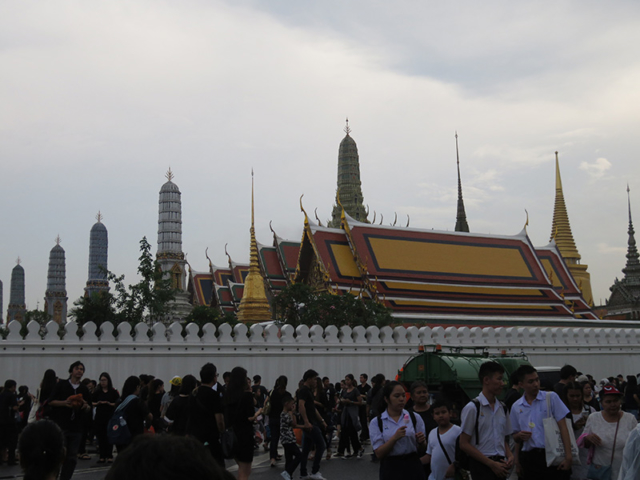 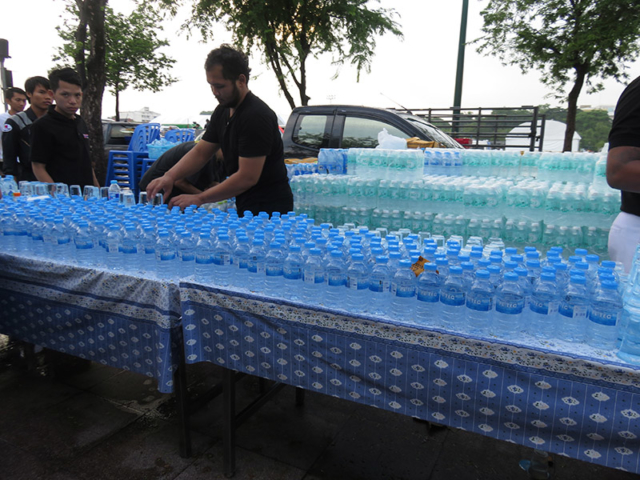 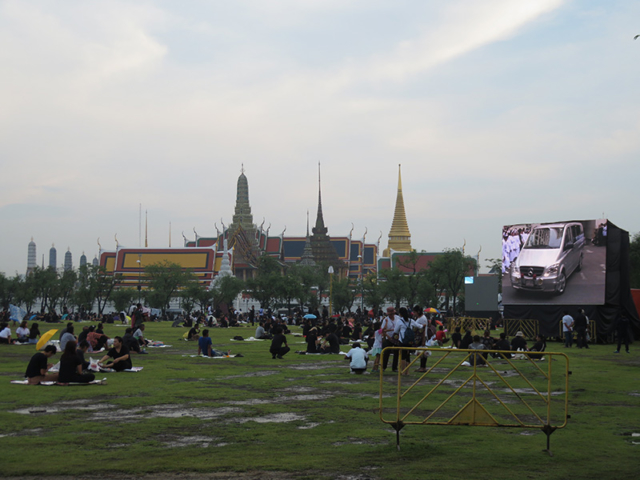 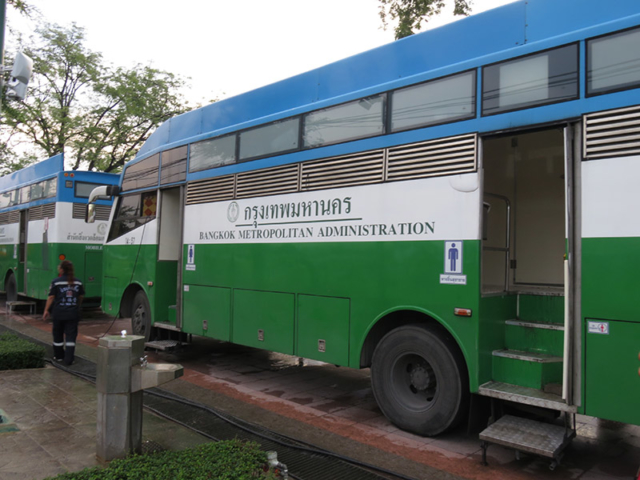 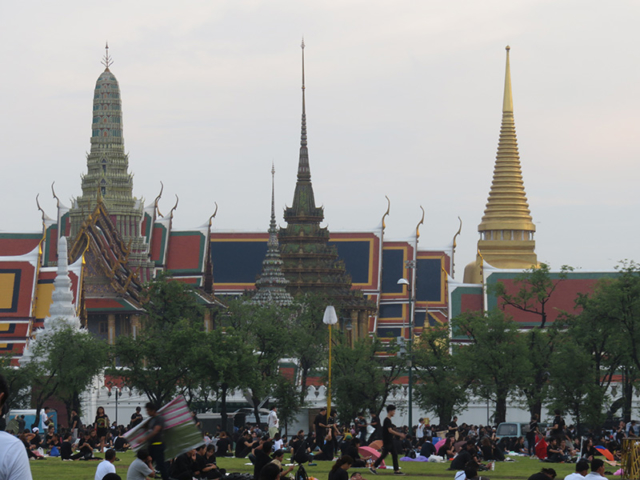 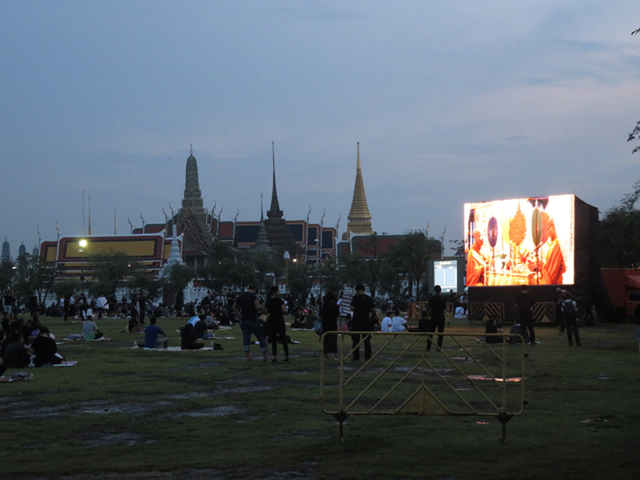 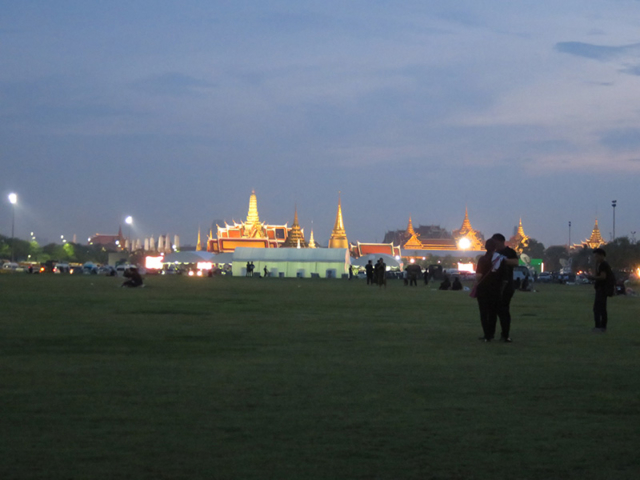 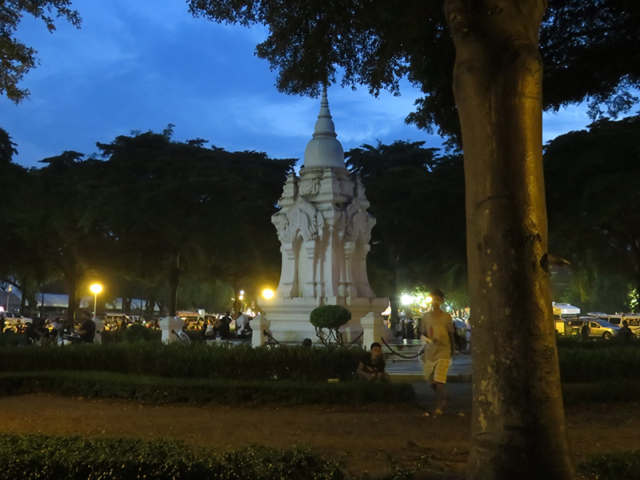