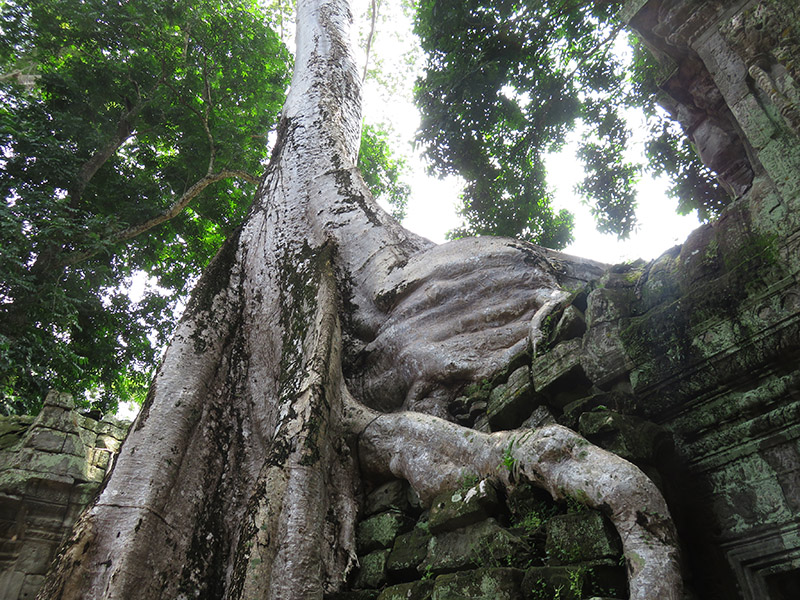 Ta Prom was one of the last temples we saw this day, but it wasn’t the last one. But I think it was the first one we saw after we had our lunch. But this temple, or the jungle temple, is sweet since it is in the jungle, and the trees have reclaimed their dynasty. All over this temple, giant trees sprout up, seemingly out of the temple itself. It’s super cool, with the large roots running down the walls. This truly was a very spiritual and ancient place. This was also where there was a carving of a Stegosaurus on one of the walls… but my question is this. Did these ancient humans truly know about dinosaurs, or was this carving added when they repaired the temple? It is not hard to tell which of the stone carvings are new and which are original. I mean it makes sense that they redid some of it, to try and restore some of its original grandeur, but was the dinosaur added or not? That’s something else to think about. 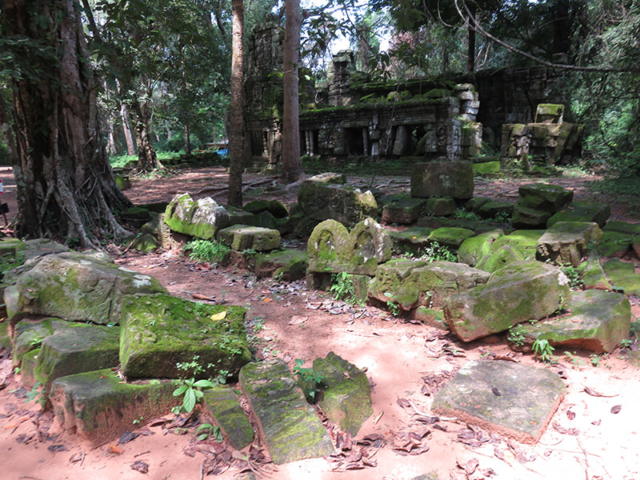 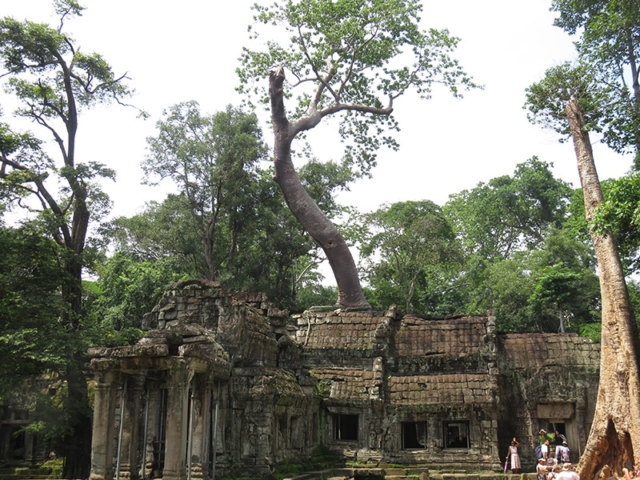 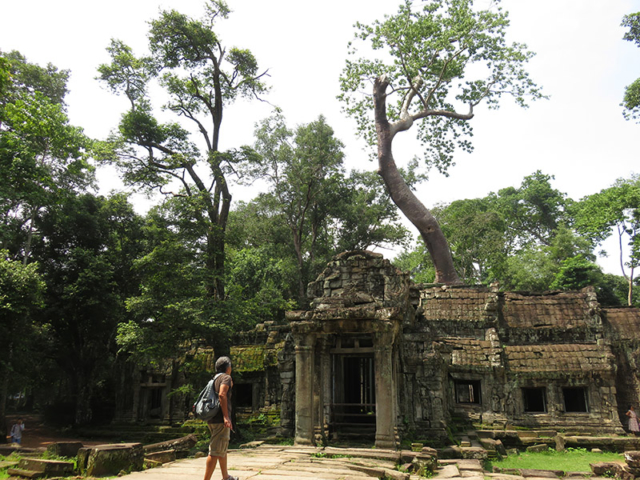 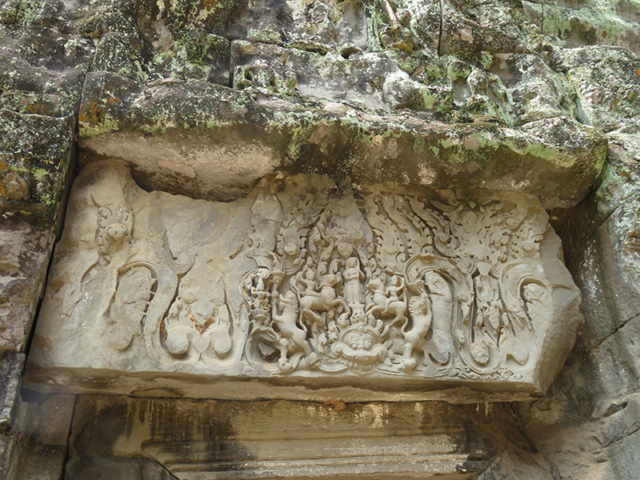 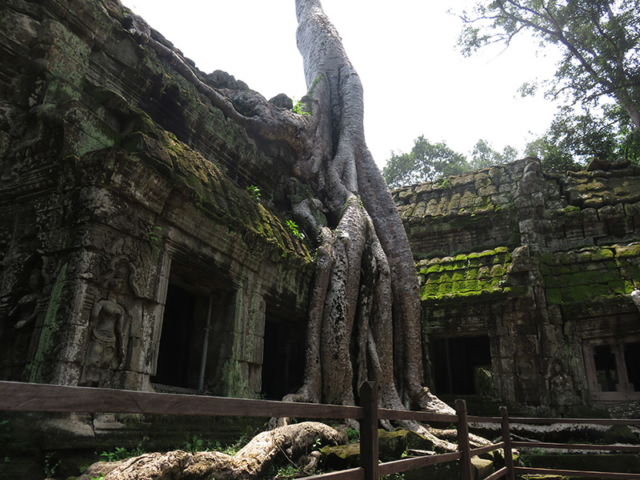 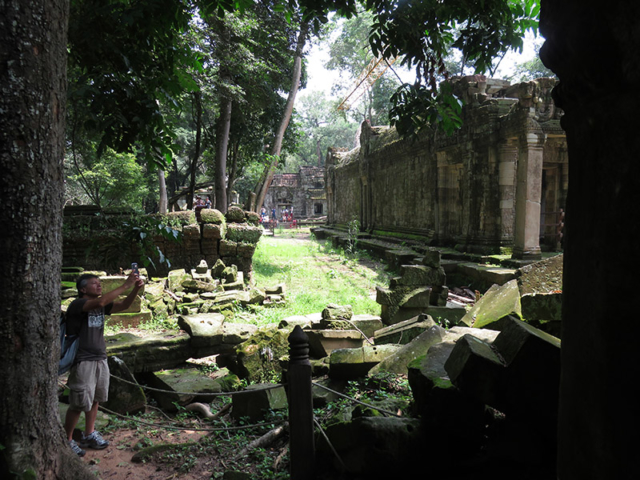 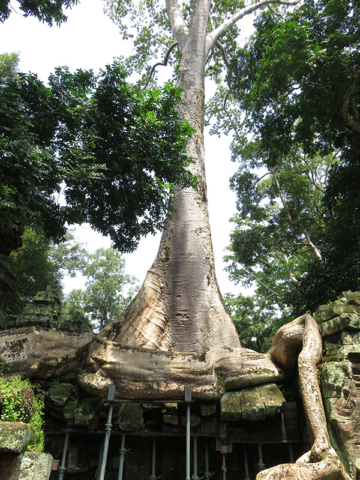 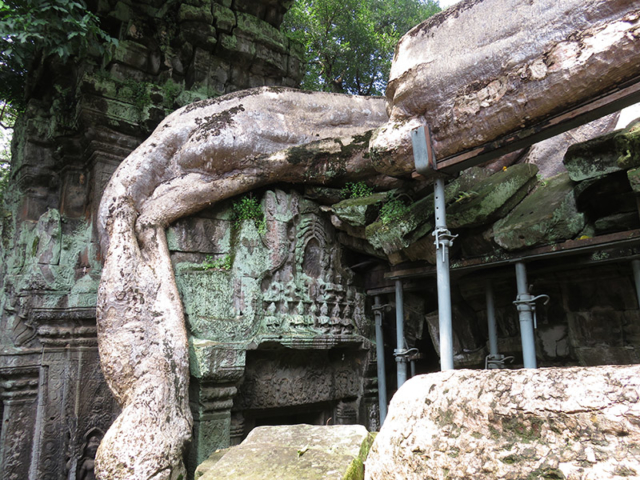 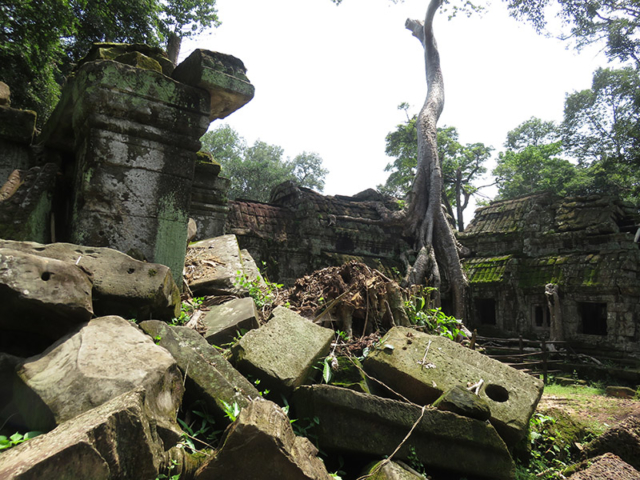 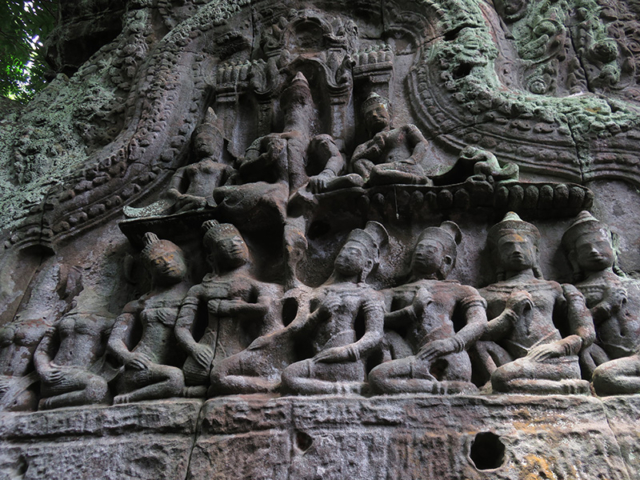 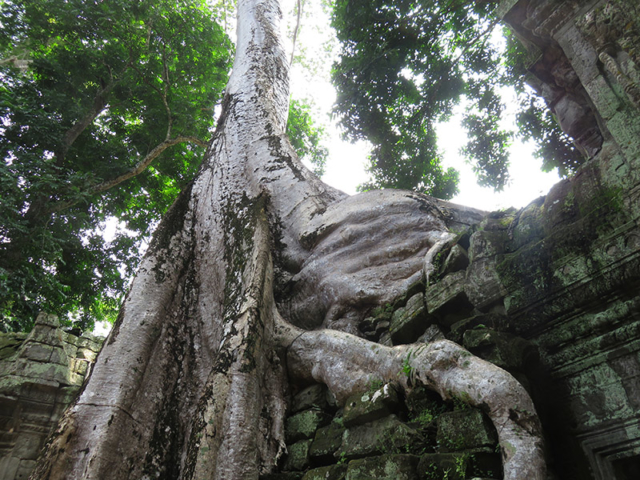 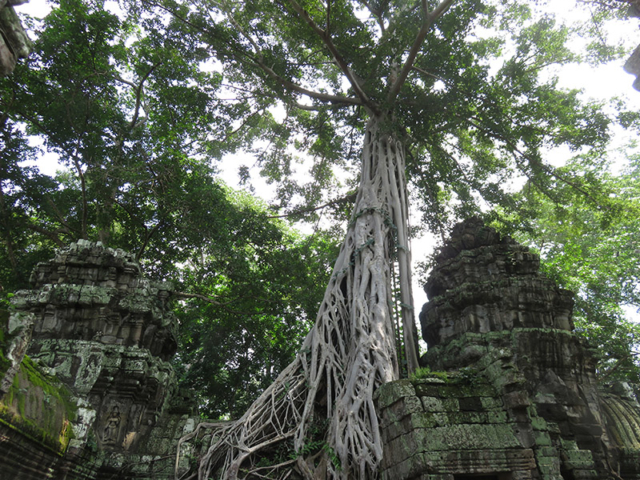 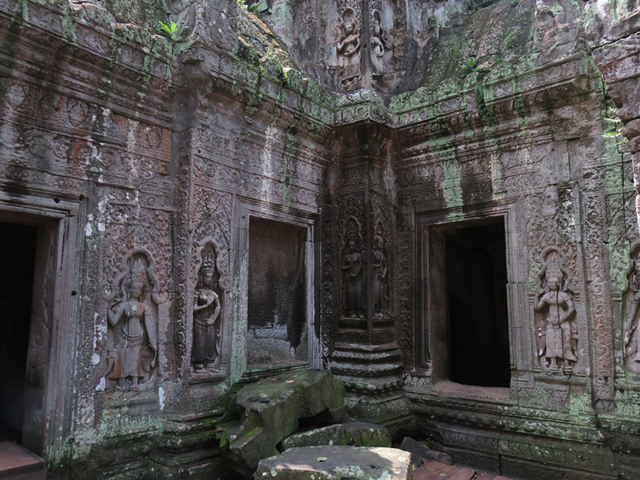 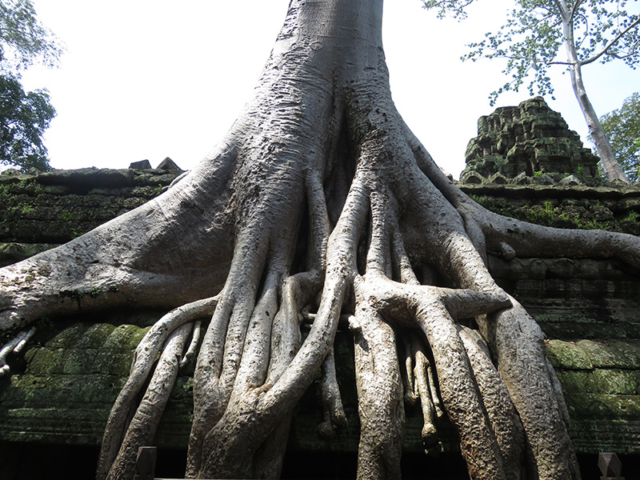 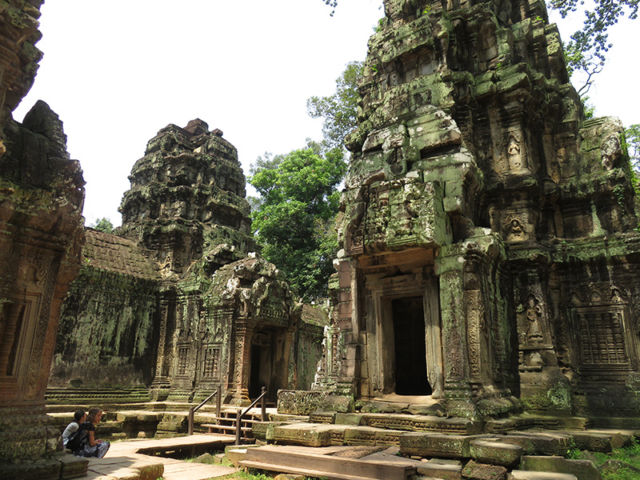 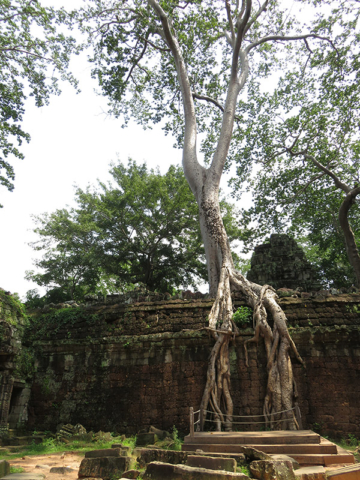 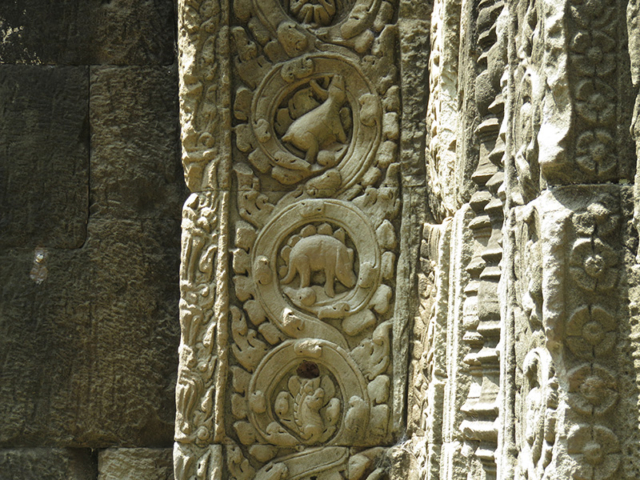 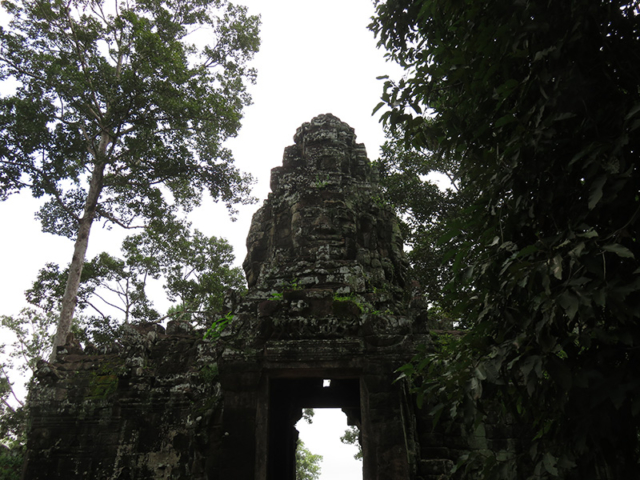 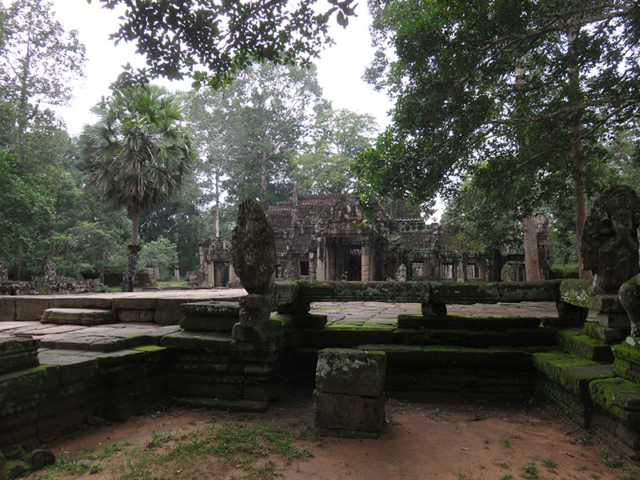